Donate to Bricks of Life 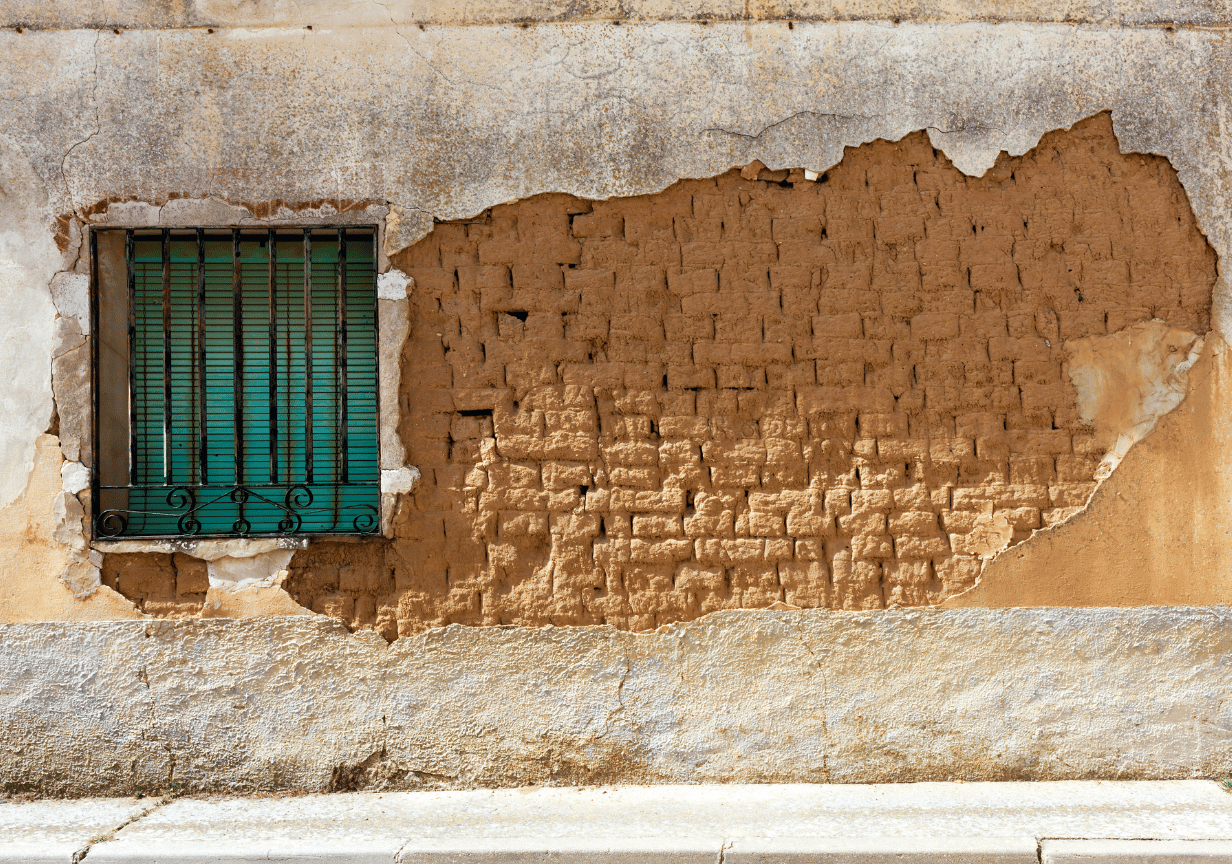 Building foundations, one brick at a time.

Bricks for Life is an innovative project created by Ric Foxley alongside Amlaku Yaregal. Ric and his congregation funded Amlaku’s tertiary studies in Plant Science, so that he could return to his village in Baregota, Northern Ethiopia to improve the lives of its nearly 500 inhabitants.

Since then, Bricks for Life has gone on to provide a number of incredible foundational services for the people and it’s community – from grain mills, water tanks, irrigation, feminine hygiene access and even a soap making business. We’re proud to support Bricks for Life this Lenten season.

Bricks for Life has funded construction of irrigation systems, a grain mill and a bridge within the village to improve food security and crop growth. Fertiliser and improved seeds for farmers have also contributed to their crop yields, which have quadrupled between 2012 and 2019.

Since then, the town has been able to fund its own improvements, with surplus grain, flour and vegetables purchasing house-building materials and solar panels for the local school. Now, the focus turns to providing tertiary scholarships for village children, so that they may have the same opportunities that Amlaku did, as well as providing the same agricultural technologies to nearby villages, so that they can enjoy the same prosperity that Baregota does. 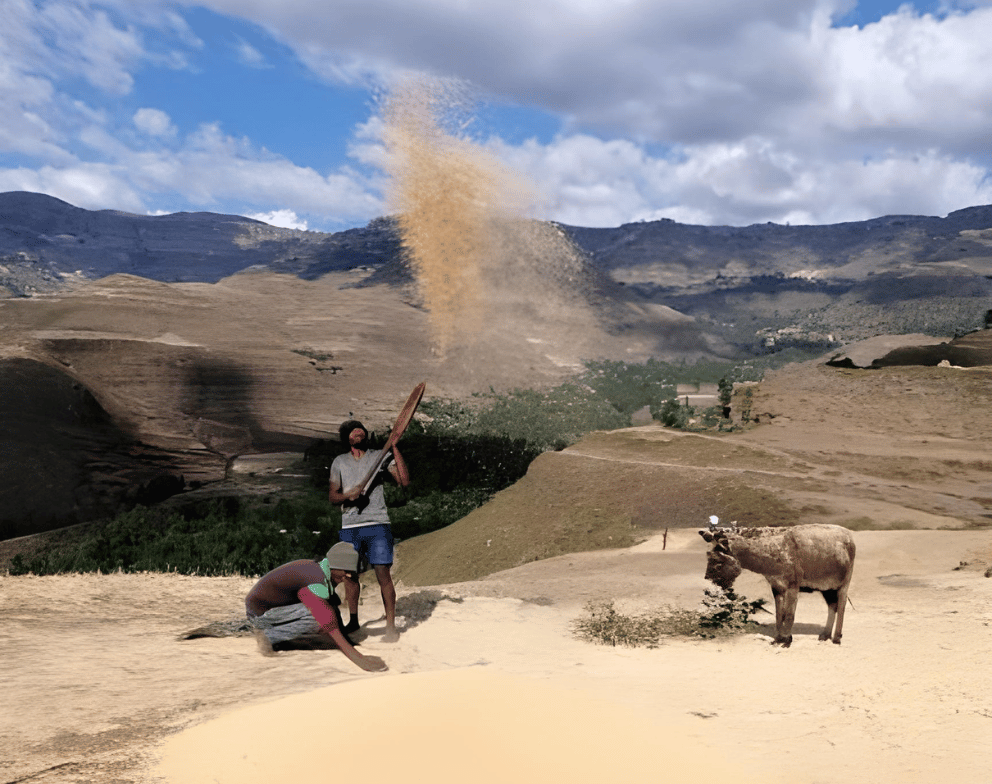 Traditionally, women and children collect water in jerry cans strapped to their backs – 20 litres at a time – or on buckets on their heads – 10 litres at a time. This can take hours of their time each day, and may even prevent children from attending school, depending on the distance to the water source. Bricks For Life raises funds to provide Hippo Rollers, sturdy plastic rollers that contain 90 litres of water.

Hippo Rollers ensure that each household has much easier access to plentiful clean water, with the resultant health benefits, as well as benefitting women and children, who now spend far less time collecting water. Each roller costs around $NZ350.00, including freight. 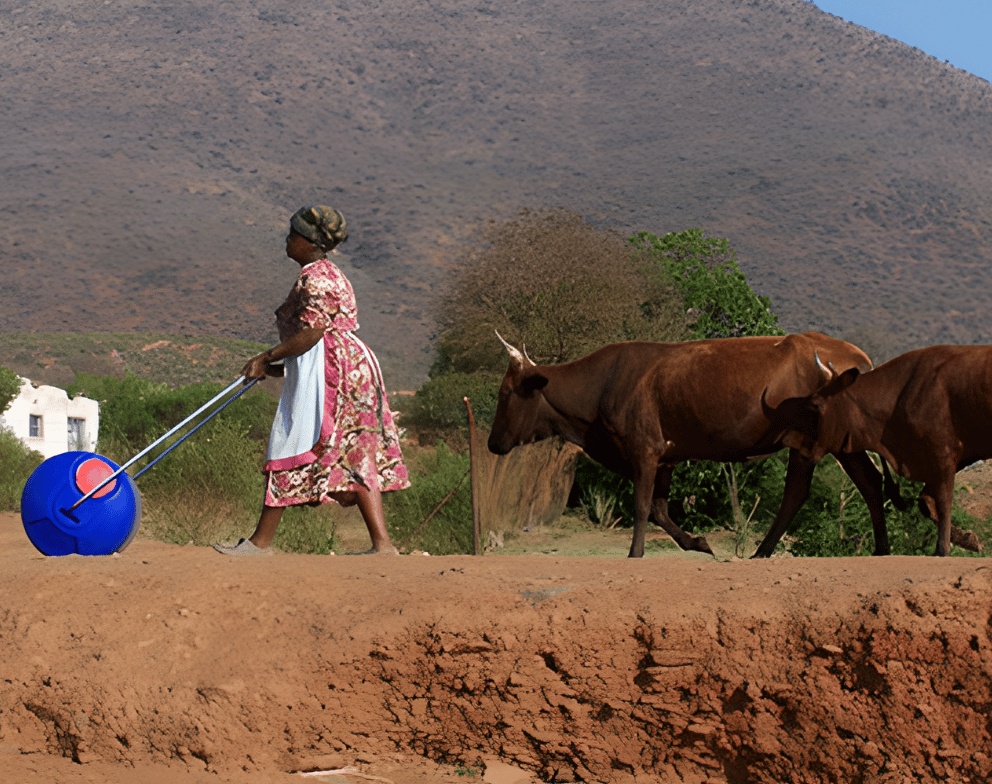 In conjunction with Days for Girls, a non-for-profit dedicated to menstrual health, Bricks for Life has distributed hundreds of reusable hygiene kits that can last for up to 3 years.

A Days for Girls kit can transform lives by giving access to dignified solutions for menstrual health. Many times, locals will deal with their monthly periods by withdrawing from school, normal work and other activities, and use whatever is to hand to contain the bleeding – anything from rags to newspaper to grass.

Bricks For Life would love to see these kits being produced locally in Lalibela to save on transportation costs from New Zealand, and your donations will go toward seed funding for this project. 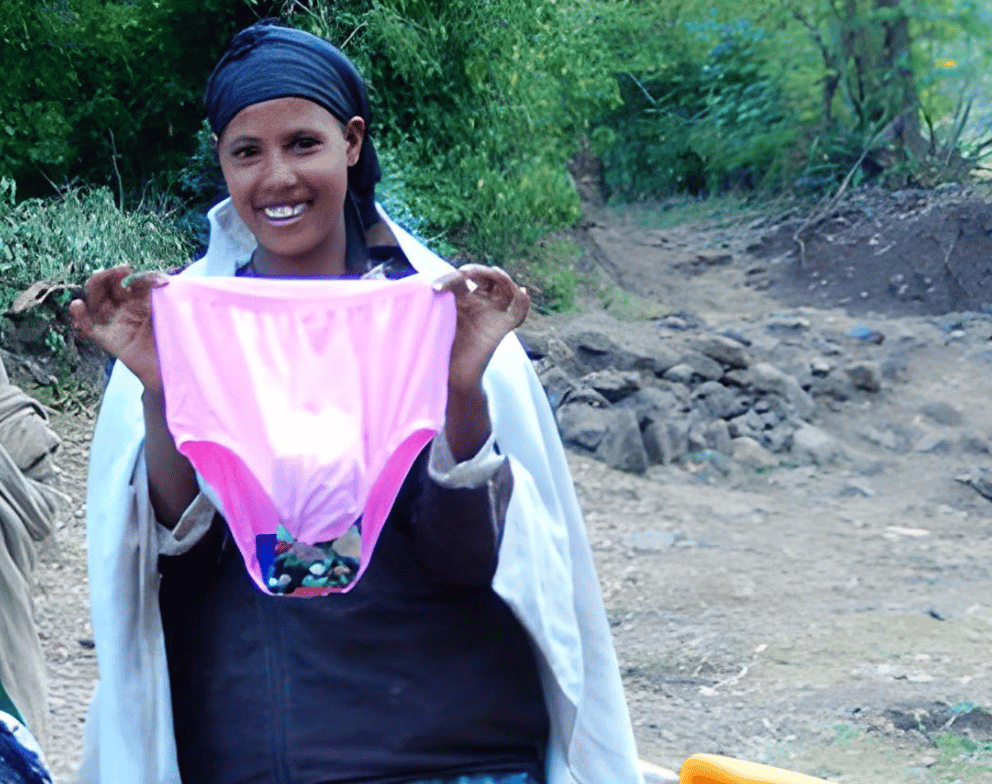 Amlaku is the youngest of 4 children. His mother died when he was an infant, and he was raised by his sister, Ayal, who was 7 when their mother died. Inspired by another boy in the village he ran away, up to the town of Lalibela, some 8 kms from his village to find an education. He was 12. He lived on the streets, doing odd jobs to earn money for food and schooling.

When we met back in June of 2009, he was one of the guides to the 800 year old carved rock churches of Lalibela. He accompanied me 45 km out of town to see an old church built, not carved, in a cave. It was as we left this extraordinary place that he said to me: “Please Sir, I want to go to University”.

As we travelled together, he told me a little more of this story. The night before we met, he had prayed that God would provide for him a way to move forward. To do his final year, he needed to study full time, and there was no way he could do that, because it would mean he couldn’t earn  money for his food, school fees, etc. That’s where our story started.

Nowadays, Amlaku mostly lives in Lalibela. Despite all of the good work he has been doing in the village over the past few years, none of this actually earns him an income. So, in order to provide for himself,  he studied tourism (a huge growth area in Ethiopia) for 18 months at a local college, and was certificated  in November 2016.

This qualification will equip him to provide guiding services to the many tourists and pilgrims who come to see the ancient churches of Lalibela. His dream is to have his own Tourist Company one day.  He does however continue to visit the village very frequently, working with the local farmers as they adopt the more modern techniques he has been teaching them.

The whole community has committed to his new farming techniques, and the vastly improved crops they are getting now testify to the value of his input. He is also training farmers in neighbouring villages in the same techniques.

Bricks for Life was set up initially to help a project in India. However, when founder Ric Foxley visited Ethiopia to see the rock temples near Lalibella, and met his tour guide - Amlaku - everything changed. Amlaki took Ric to see the temples and afterwards, in a leap of faith, said “please sir, I want to go to university".

What followed, and is still happening, is an amazing journey of faith, learning, blessing and love, God’s grace, answers to prayer, and new beginnings, opportunities and success for Amlaku and the village of Baregota.
A historically troubled country, Ethiopia is reckoning with a legacy of violent coups, uprisings, famine and war. Most recently, the worst drought in East African history plagued the region in 2011, as the rainy season failed to occur two years in a row.

As the second-most populous country of Africa, Ethiopia is a multilingual and multi-ethnic society, and its capital, Addis Ababa, is considered to be the “political capital of Africa.” The country currently has a population of more than 102 million, up from around 60 million in the year 2000.

Many of its people live in poverty and projects like Bricks For Life offer a dignified and consistent way to assist them.

Donate to the Lenten Appeal